Pilot Line? What’s in it for academia? 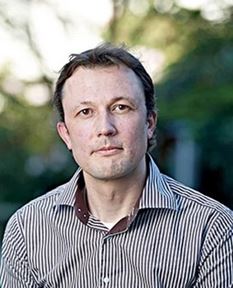 Since 2013 I have been setting up and running a fabless group at Aarhus University, Department of Engineering. This was made possible by the pioneering activities, started a decade earlier, which we now know as JePPIX and ePIXfab. Using relatively mature and generic processes, with some predefined components, and sharing wafer space, known as multi-project wafer (MPW) runs, access to photonic integrated circuit (PIC) technology was now possible for researchers that did not own an expensive cleanroom. The JePPIX Pilot Line will take this a step further, by giving users a clear path to explore manufacturability of their PIC-based products, and by scaling towards pre-production levels. Why should I, as an academic, be bothered by that? Universities do not sell PICs or PIC-based products, right?

In my opinion, the Pilot Line offers clear opportunities for academia. Firstly, scaling to Pilot Line technology-readiness levels, i.e., a more robust and reproducible generic process, will allow foundries to upgrade their MPW offer too. I anticipate a far better-defined set of building blocks in the near future in the MPW offerings.

Secondly, having a clear path to production and commercialization beyond existing MPW proof-of-principle and prototype levels, can attract a lot of companies that were reluctant to move into PICs in the past. Although the existing MPW runs do limit the first investments into a new idea or product, the scaling-up was perceived as time consuming and expensive, while still being far away from going to the market. In other words: too high of a risk or not worth the investment. This gap is now bridged by the Pilot Line, potentially changing the risk perception with companies. And since such companies first need to work out the fundamentals of the idea, i.e., research, fabless academic groups might see a lot of potential industrial project partners. This is often a requirement for funding.

Thirdly, along the same line of thinking, start-ups from academic research, maybe based on scientific ideas, and potentially driven by former PhD and postdoctoral researchers, can now be envisioned, with a significantly reduced level of investments and a shorter time for development. This can drive our academic research and offers our junior researchers an interesting and exciting career path.

Finally, with a more established Pilot Line process and with an ecosystem of industry around it, from testing and packaging to applications, we can make our teaching more relevant. From an academic point of view, it might be very valuable to teach students about technologies that might exist – or not – in one or two decades from now. However, when some PIC technologies are widely used and available, we can connect our teaching better to existing societal challenges, as the technology can actually be used. In other words, our teaching and the knowledge of the students become more relevant. Especially in engineering departments, this is an important dimension.

So all in all, there are some very clear reasons to be excited about the upcoming Pilot Line, even as, or maybe especially as, an academic. I hope and expect more fabless groups will emerge, which, in turn, can create start-ups and motivate the local industry to consider PICs for their products.